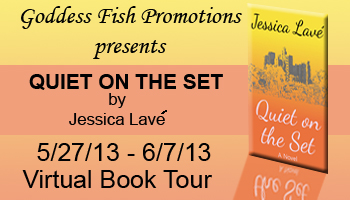 So I took a week or so off earlier this month because I felt overwhelmed by everything I had going on, and then I got hit with a whirlwind of new stuff that took priority over my time off, so I had to get back into it.

I cannot believe the blog tour is already less than a week away!! It seems like my book came out ages ago, but it’s still pretty widely unknown. The tour should change that. It’s going up on ten blogs I never heard of or visited before now, and I’m going to be doing an audio interview for The Bookcast, a podcast for indie authors to talk about their books!

I’m down to the last two posts for the tour now, which I’m hoping to finish up this week or early next. I’ve had a blast answering all the interviews and writing the guest posts, so I really hope everyone enjoys reading them over the next couple of weeks.

I don’t think I mentioned – there will be a $20 Fandango gift card up for grabs during the blog tour, so if I haven’t convinced you to follow it yet, maybe a chance at a couple movie nights will! Since Quiet on the Set is about the film industry and screenwriting, I thought a movie-related prize would be most appropriate.

I also booked a guest post spot on my “unofficial” tour for Friday! It’ll be over at For What It’s Worth Reviews, discussing character development. I’ll post the link when I have it!

I think I’ve mentioned that this isn’t my only blog – I also maintain four others. But, with the overwhelm a couple weeks ago, I cut one of them. Also, I had to take a break from my film/TV review blog as well to keep up with all the guest posts and interviews that came in for the tour, meaning I missed posting about most of the season finales and series finales that happened recently, but I’m hoping to get back into again soon, maybe when the tour is over.

And, perhaps you’ve noticed, I’ve neglected this blog a bit over the past week or two because of the tour deadlines. Hopefully the tour will make up for that – you’ll probably be sick of me by the time it’s over!

I’ve kind of taken time off from working on my new story (the one I worked on during Camp Nano) as well. I’m at a really slow part, I think, and while I’m not necessarily blocked – I know what I have to do to get to the next chapter – I’m procrastinating. I don’t think it’ll be a slow part reading, but writing it feels slow because it seems like a waste of time for me to lay it out. But, it seems necessary for the reader to keep up with what’s happening – you’re not all mind-readers, I suppose? – so I think I have to do it for that reason. I just don’t want to right now :/

Instead of writing that story, I’ve been working on some preliminary character descriptions and plot points for a couple other ideas I have on my mind. I’ve really been enjoying it, and I’d really like to get started on one or both of those now, but I know better. I don’t have the discipline to write four stories at once and actually see them all through. I have to write one at a time or one will overpower the other and the other story will just fade into the background, eventually to be archived to the “probably never finish” folder.

I’ve seen three movies the past three weekends, I’m sleeping better since I got my mattress out of storage, and I think the trees are almost done blooming, so my allergies should improve soon. Also, I just got addicted to Etsy. I don’t have the cash to buy anywhere near as much stuff as I’d like, but it’s a LOT of fun looking at all the great stuff people have there!

As for the next couple weeks, I don’t want to do a mini-post for every day of the tour, because as a reader who’s seen those on other blogs, I think it’s kind of annoying. I think what I’ll do instead is write one post for Monday and lay out the stops for week one, and then do a recap post of the experience of the first week of my first official blog tour. Then I’ll do another post outlining all the stops for week two, and do another recap at the end of that week. That way, it’ll only be four posts in two weeks instead of ten, which seems excessive.

Excited, nervous, seriously undercaffeinated, and for some reason, itching to draw lately…
What’s up with you?

For instance Xylocaine causes numbness in an area of your body. Given during childbirth. Secondly treats emergency heart problems. There were only couple of examples. What is the most significant info you should know about canadian viagra? A lot of patients know this drug as Sildenafil. Whereas erectile dysfunction is more common in men over sixty, men of any age can unable to have an erection. Notwithstanding sex is not vital for good soundness, it’s undoubtedly good for you. Diabetes can lead to erectile dysfunction. While the generic is credited with nerve pain, it can also kill the mood in bedroom. Very likely you already heard that any generic has side effects.