I found this quiz while I was going through my Feedly and I decided to test myself. I haven’t formally taken grammar since 8th grade, and I wanted to see if my grasp of it was still in as good of shape as I thought. I think 90% right counts as a win. Is that little cat ninja awesome or what? :D

Want to take the quiz for yourself? Head over to Write to Done.

In other news: Editing

I made some major progress on my editing project this past weekend! I got two chapters finished, and now I’ve only got two left! Bonus, they’re super-short, so hopefully I can finish them this weekend.

I came across a great article about changing up your editing routine, and it gave me a really good idea that hadn’t occurred to me before: an “aspirational outline”. After you reread your story, make a new outline to fill in some of the gaps and where you’d like to see the story go in the revision. It seems like a pretty big undertaking, but with Scrivener’s pinboard function, I might be able to put something together.

I am so excited to have a new draft almost finished. I’ll be even more excited after the draft is totally finished, but it’s been a rough couple of weeks, so I’ll take whatever victories I can get at this point, however small they may be. I know when I wrote it, I wrapped up the story rather quickly, so I may have some things to fill in over the last two chapters, but I definitely want to be careful: there’s a delicate balance when it comes to finishing a book. You want to have a resolution, but you don’t want to weigh down the excitement of the climax with too much detail or explanation.

Boy, this is going to be an interesting read after the second draft is done. Hopefully, vastly superior to the first draft, but I know there’s still a-ways to go.

It’s killing me a little bit. I want to get through this revision, but this new idea is pawing at me like a hungry cat. I have absolutely no idea whether it’s a good idea or not, but it sounds like too much fun. Sci-fi crime dark-ish comedy. Psych meets Firefly meets Elementary meets Doctor Who? I don’t know.

I am still without much of a story concept, but the main characters are quite clear. They have names, personalities, and completely anachronistic but entirely appropriate styles of dress. I’m not sure this one will wait for Camp Nano, so maybe I can push into it a little while I wait on feedback from my beta readers…?

The editor in me is screaming, terrified to death that I won’t make any progress on a third draft if I jump into a new writing project, but the writer in me is like, give me a break, bitch – I haven’t stretched my legs in almost two months!

Also, I finished almost all the books I wanted to for January! I finished the ebook I was reading and I finished Doctor Sleep. I’ve still got a lot of Nixonland left, but maybe I can put a dent in it over the weekend. As to February, the reading load should be a bit lighter, as there are more “fun” genre fiction books on my list, and mostly authors I’ve read before and liked, so hopefully it will go by quicker. I’m all aboard the audiobook train as well, so I’m already getting carried away with those.

If this book is a typical example of contemporary fantasy romance, I’m not sure it’s for me. When I first read about it, I think I thought it was more fantasy and less romance or else it wouldn’t have caught my interest as much.

Also, I should mention that I don’t read much romance, so you can take everything I have to say about the book with that particular grain of salt.

The story focuses on Rayvin, a “natural” witch who has to move back to her small town – which she was practically run out of a decade earlier – after romantic and financial strife force her back there to rely on the generosity and compassion of her only friend. [Read the rest of the review on Goodreads]

This was a beautiful tie-in/follow-up to The Shining. It does not get into the events from the previous book in too much detail except at the beginning and the end, but it hinted at them throughout the majority of the story.

I was lucky enough to attend his stop in Boulder, Colorado to promote the book, which is where The Shining was written and developed. It was incredible to see him in person, and looking back, I feel like he did quite a bit more to promote Stephen King the author than Doctor Sleep the book, but to us Constant Readers, there really isn’t much difference. [Read the rest of it on Goodreads] 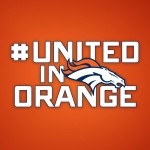 In other, other news

I’m not a huge football fan, but I can appreciate when my home team makes it to the big show. GO BRONCOS!!! Then there’s this: 3oh!3 is awesome, they’re my hometown homies, and this is just too much fun to skip.

We’ve just gotten hit with a shit-ton of snow, but I highly suspect it shall be gone just in time for the next round in a week or two. Driving in Colorado in the winter makes me dream of warmer climates. Yeah, we’ve got a Superbowl-bound football team, legal weed, and awesome powder, but sometimes, driving in snow like this makes you want to run screaming to California and never look back.

For instance Xylocaine causes numbness in an area of your body. Given during childbirth. Secondly treats emergency heart problems. There were only couple of examples. What is the most significant data you should know about canadian viagra? A lot of patients know this drug as Sildenafil. Whereas erectile dysfunction is more common in men over sixty, men of any age can unable to have an erection. Notwithstanding sex is not vital for good soundness, it’s undoubtedly good for you. Diabetes can lead to erectile dysfunction. While the generic is credited with nerve pain, it can also kill the mood in bedroom. Very likely you already heard that any generic has side effects.