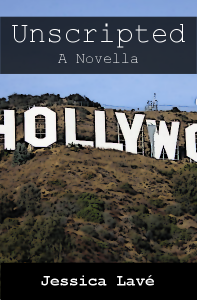 I’ve been working on my edit-in-progress for a few weeks now, and it’s been a blast getting back into a story that I haven’t touched in a couple years. It’s also been kind of a nice change after focusing on writing for about 4 months straight.

So far, it’s been going pretty well. I’m just getting into Chapter 4, and this is probably the part that needs the most work. The previous chapters needed more cosmetic work–adding punctuation, clarifying who’s speaking in the dialogue sections, adding some description, cleaning up filler and bad dialogue, and looking for inconsistencies. That sounds like a lot, but looking at it again, it’s pretty easy to pick most of that out.

The Problem with Transitions

The problem I just hit in Chapter 4 is more to do with transitions, which have never been my strong suit. Chapter 4 skips ahead a few weeks in time, and those types of transitions are never easy. Sometimes you don’t have enough action to move the plot forward, so you have to jump ahead to the next big catalyst in the story, which sometimes can be days, weeks, or years later. The key is not to summarize too much. Some summary might be necessary, but too much summary can get boring.

This is the hardest part of editing because it’s not simply rearranging a sentence or plucking a comma out–it means you have to rewrite, or sometimes reconceptualize the entire scene to get it to move the story forward.

How to fix it? In my case, I’m probably going to have to take about two pages of summary prose and rework them as scenes or dialogue. One thing I’ve noticed about the way I wrote this particular story is that it came to me REALLY quickly. I know this because there are more missing words in sentences and more typing and spelling errors than I usually have in my books. I’m usually not writing so quickly that I don’t go back and fix the blatant errors I see as I go.

Because of this apparent compulsive rush to complete this story, the transitions are weak. They’re put together in such a way as to remind me, the writer, where the story is in order to move it forward, as opposed to being written to sum up and explain what happened during the fast-forwarded time period for the reader. Once again, a case of “show, don’t tell”.

No matter how many times you learn the rule, when writing the inevitable shitty first draft, pretty much any and all proper storytelling rules go out the window. The editing process brings all the rules back and forces you to apply them with an iron fist.

Still shooting for an early 2013 release with this one! I don’t expect the editing to go on past the deadlines I’ve set for myself, so the biggest thing I want to work on is the review portion of the release, which means, good news for you, readers!

If you want an ARC of this story for a possible review, contact me so we can coordinate dates and review opportunities. You won’t be getting it until late January, at least, since I expect to be working on it for at least another month, but something to keep in mind if you love chick lit, Hollywood, or NA stories and themes.

On the plus side, I’ve managed to add about 1,000 words to my original word count with my revisions! I was pretty excited when I found that out.

Back to the transition problem, overall, I’m not worried about it. It might take some time to get this part to work right, but it’s always satisfying to rework something so thoroughly. You get to see how simplistic, confusing, or ugly it looked and sounded the first time around, and then you get to mold it into something more interesting.

The most frustrating thing for me is that I got spoiled, seeing as the first three chapters went so smoothly (once I finally made the time to work on them). Now I have this hiccup in Chapter 4 that I don’t feel comfortable moving past until I’m (mostly) happy with the changes. I feel like the beginning of this chapter sets the tone for the next phase in my main character’s story, so I need to pin it down and make it clear before I can go on.

For instance Xylocaine causes numbness in an area of your body. Given during childbirth. Secondly treats emergency heart problems. There were only couple of examples. What is the most significant info you should know about canadian viagra? A lot of patients know this drug as Sildenafil. Whereas erectile disfunction is more common in men over sixty, men of any age can unable to have an hard-on. Notwithstanding sex is not vital for good heartiness, it’s undoubtedly good for you. Diabetes can lead to erectile dysfunction. While the generic is credited with nerve ache, it can also kill the mood in bedroom. Very likely you already heard that any generic has side effects.